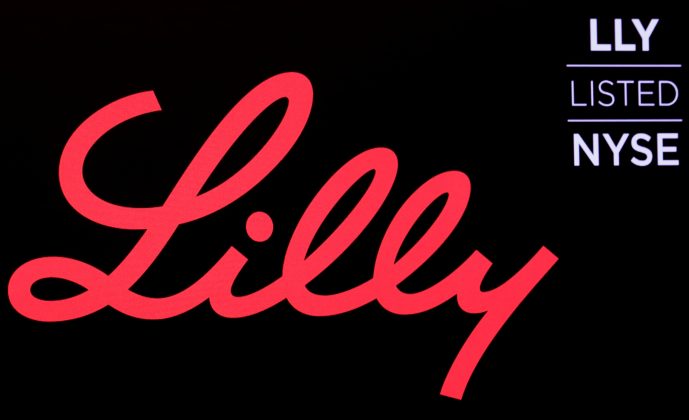 The logo and ticker for Eli Lilly and Co. are displayed on a screen on the floor of the New York Stock Exchange (NYSE) in New York, U.S., May 18, 2018. REUTERS/Brendan McDermid

(Reuters) – Eli Lilly and Co on Wednesday embraced a U.S. government proposal to end a decades-old system of rebates drugmakers make to industry middlemen, saying it could lower the cost of insulin and other prescription drugs for patients.

Lilly, along with other major insulin makers, Sanofi SA and Novo Nordisk, has been under mounting pressure from patients and politicians over the rising cost of the life-sustaining diabetes treatment.

“While it’s still a proposal, we see this as … a win for patients, lowering their out-of-pocket costs at the pharmacy counter with the greatest benefit realized by patients taking more highly-rebated products such as insulin,” Chief Executive David Ricks said on a call with analysts.

Drugmakers argue they have to keep prices high because of the rebates they must pay to pharmacy benefit managers and health insurers to get products on their lists of covered drugs. In January, the administration of U.S. President Donald Trump proposed a rule that would end the rebate system or pass along the savings to patients.

“We’ll adapt to whatever rules come out and how they get finalized,&rdquo; Ricks said.

Lilly on Wednesday also cut its 2019 profit and revenue forecasts to account for disappearing sales of its cancer drug Lartruvo, which won conditional U.S. approval in 2016 based on early data but last month failed to extend patient survival a confirmatory trial. Costs related to Lilly’s pending $8 billion acquisition of Loxo Oncology also contributed to the revised forecast.

Lilly has said it is suspending promotion of Lartruvo and it will no longer be prescribed to new U.S. patients.

The Indianapolis-based drugmaker’s research and development spending is also expected to rise as it develops Loxo’s pipeline of targeted drugs for cancers driven by rare genetic mutations.

“The forecast cut was generally expected, given the Loxo acquisition and the Lartruvo failure were known events,” Edward Jones analyst Ashtyn Evans said.

“Diabetes will always be an area where we’ll see pricing pressure. Lilly fully takes that into consideration when giving guidance,” she added.

Excluding items, Lilly earned $1.33 per share, a penny shy of analysts’ average estimate, according to IBES data from Refinitiv.

(Reporting by Manogna Maddipatla, Tamara Mathias in Bengaluru and Julie Steenhuysen in Chicago; Editing by Saumyadeb Chakrabarty and Bill Berkrot)