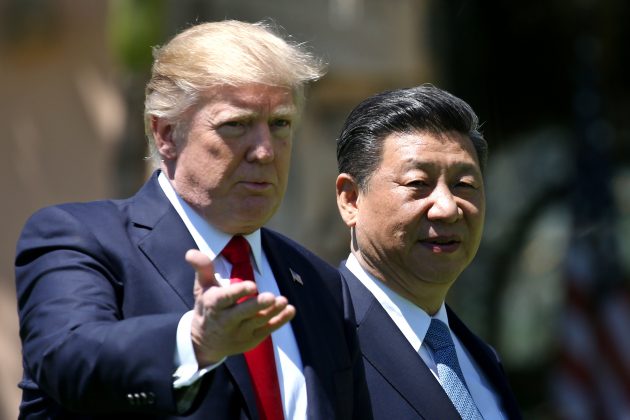 U.S. President Donald Trump and China's President Xi Jinping chat as they walk along the front patio of the Mar-a-Lago estate after a bilateral meeting in Palm Beach, Florida, U.S., April 7, 2017. REUTERS/Carlos Barria

WASHINGTON (Reuters) – U.S. President Donald Trump and Chinese President Xi Jinping are unlikely to meet before their countries’ March 1 deadline to reach a trade deal, two U.S. administration officials and a source familiar with the negotiations said on Thursday.

The countries had taken a 90-day hiatus in their trade war to hammer out a deal, and another round of talks is scheduled for next week in China.

“At some point, the two presidents will meet, that is what Mr. Trump has been saying. But that is off in the distance still at the moment,” he said.