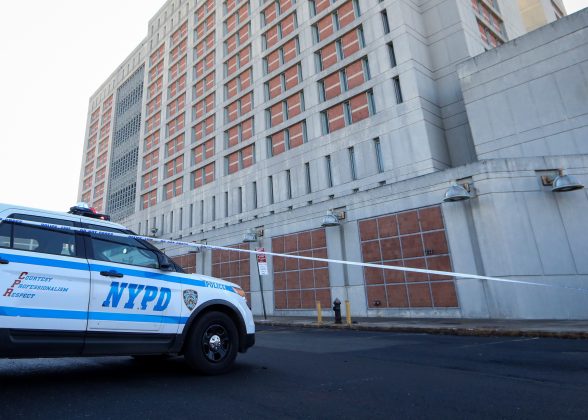 NEW YORK (Reuters) – The U.S. Department of Justice will investigate a New York City jail where inmates said they spent days in freezing, dark cells and were left without medical care after a fire cut power and heat during a cold snap, the agency said.

The Justice Department said its watchdog Office of the Inspector General will examine whether or not the Federal Bureau of Prisons responded appropriately to the incident at the Metropolitan Detention Center in Brooklyn.

The Bureau of Prisons, which oversees federal prisons and jails, is part of the Department of Justice.

“The Department of Justice (DOJ) and Federal Bureau of Prisons (BOP) are committed to the safe and humane living and working conditions of all inmates and employees,” the department said on Wednesday in a statement.

An electrical fire on Jan. 27 caused a weeklong power outage at the detention center as temperatures fell to near zero Fahrenheit (minus 18 Celsius). This sparked legal challenges, a public outcry and protests outside the jail by political activists, friends and relatives of the more than 1,600 male and female prisoners held there.

Attorneys from the law firm Kaplan Hecker & Fink LLP, which on Monday filed a lawsuit against the Bureau of Prisons, on Thursday called for an independent review, noting that the Justice Department would be probing the bureau while simultaneously defending it in litigation.

“An independent special master is needed to ensure that any review has real and perceived integrity,” the lawyers, Sean Hecker and Jenna Dabbs, said in a statement.

A hearing for the lawsuit was set for Feb. 13.

Detention center employees, inmates and their lawyers testified on Tuesday before U.S. District Judge Analisa Torres in Manhattan. Torres is one of several judges looking into possible violations at the facility.

Jail authorities have said that power, heat and medical care were restored on Sunday, but lawyers for prisoners said at the hearing that some parts of the prison were still without heat and some inmates have not received medical care since the power outage began.

“I was struggling with trying to stay warm and keep my spirits up,” Donnell Murray, an inmate at the jail since 2017, said during the hearing.

John Maffeo, a facilities manager at the detention center, testified that the building had issues with heating and power for about a week or two before the fire.